How to Let Go of Control 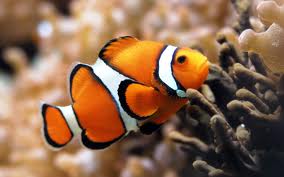 If we can let go of this illusion, what are we left with? How can we live among this chaos?

Consider the fish. A fish swims in a chaotic sea that it cannot possibly control — much as we all do.

The fish, unlike us, is under no illusion that it controls the sea, or other fish in the sea.

We are no better than that fish, yet our thinking creates the need for an illusion.

Let go of that thinking. Learn to be the fish.

When we are in the midst of chaos, let go of the need to control it. Be awash in it, experience it in that moment, try not to control the outcome but deal with the flow as it comes.

How do we live our lives like this? It’s a completely different way of living, once we let go of the illusion:


This might seem like a passive way of living to some, and it’s against our aggressive, productive, goal-oriented cultural nature. If you can’t accept this way of living, that’s OK — many people live their lives with the illusion of control, and not realizing what it is that makes them unhappy or frustrated isn’t the worst thing ever.

But if you can learn to live this way … it’s the most freeing and stress reducing thing in the world.

Email ThisBlogThis!Share to TwitterShare to FacebookShare to Pinterest
Labels: How to Let Go of Control